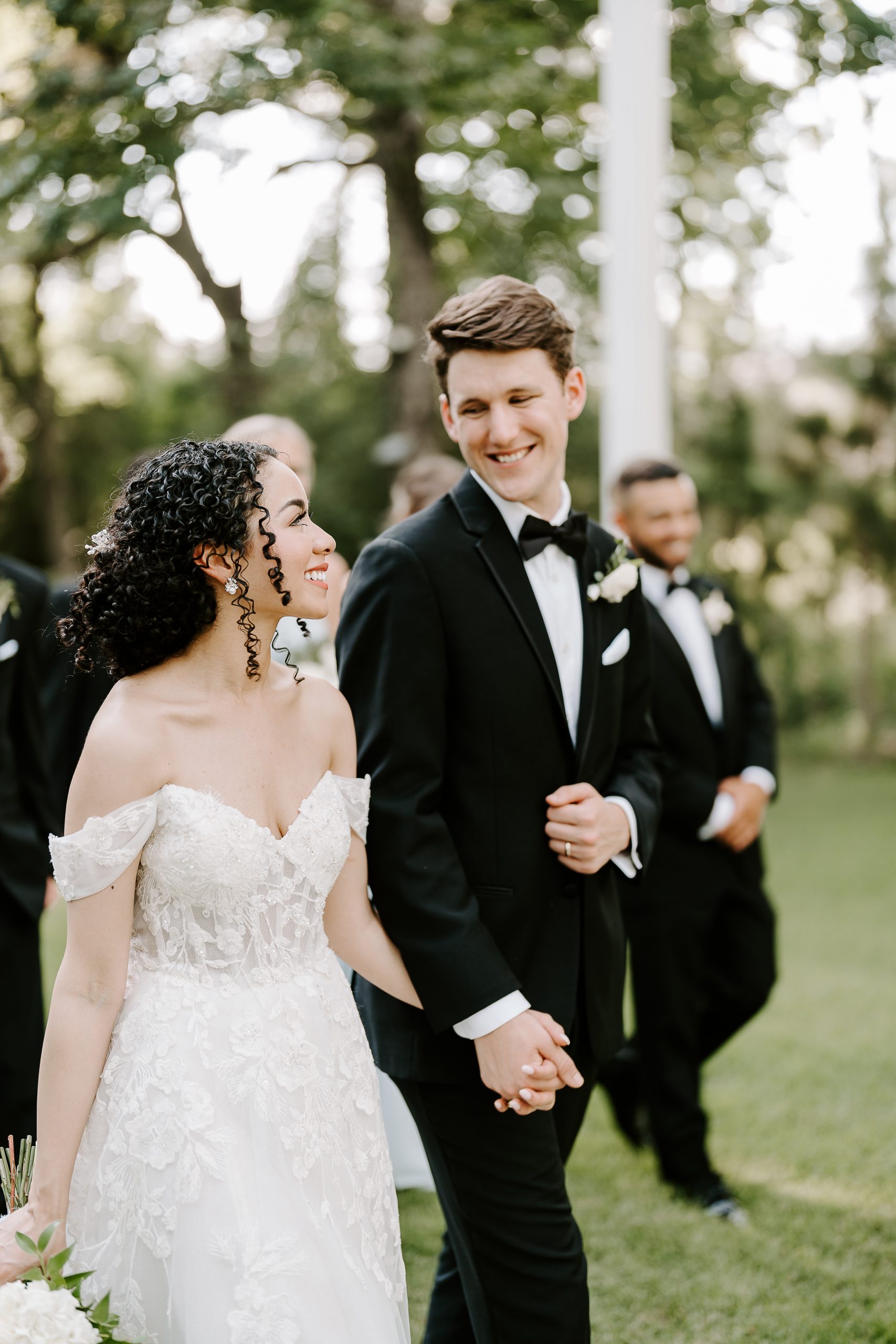 Hi, friends! It’s been such a busy week already, but as we get further into the new year, I wanted to take some time to reorient myself toward my goals. I used to do the Jennie Allen Dream Guide at the beginning of every year, but I found that it encouraged me to set too many lofty goals that I never ended up sticking to. So, instead of doing the 2023 guide this year, I decided to set five goals for myself that are actually attainable.

One goal-setting tip I’ve learned recently is to set progress goals instead of finish-line goals. For example, if you want to be more active and healthy, instead of saying “I want to lose five pounds,” make your goal to get outside and walk for a few minutes every day. Then once you have that established as a habit, you can work up to something like doing an at-home workout 2-3 times per week. By setting smaller ‘progress’ goals, you’re still moving towards your ‘finish-line’ goal, but in a productive and less intimidating way.

So, with that in mind, here are five of my current goals that are actually attainable:

1. Get Outside at Least Once a Day

Working from home can be both a blessing and a curse. On one hand, it’s nice to have a lot more flexibility and not have a long commute, but on the other, I’ve found that I can go days without going outside and breathing in some fresh air. So, for the sake of my general health and to get some natural vitamin D, I want to make it a point to go outside for a few minutes every day – whether it’s going for a walk around my apartment complex or simply sitting on the patio with a cup of tea and a good book.

I’ve definitely set much loftier goals during my journey of getting back into reading for fun, but I’ve never been able to stick to them. I think having to do so much reading in college (especially as a liberal arts major) really ruined reading for pleasure for me, but that’s something I definitely want to change! In previous Dream Guides, I’ve made goals like reading a book a week, but with a full-time career, a home to care for, and a blogging schedule to keep up with, that’s just not realistic for me. So, instead of trying to get through an entire novel in a week’s time (and being disappointed in myself when I inevitably fail), I just want to read for 15 minutes a day. Specifically, I’d like to work those 15 minutes into my day just before bed. That way, I’m not on my phone every night, and I can actually wind down in a peaceful way.

3. Replace Caffeine with Decaf or Herbal Tea After 2pm

I really enjoy black tea. I also really enjoy Celsius, which packs a whopping 200mg of caffeine per can. I know all of the side effects of caffeine usage and believe me, I’ve experienced them all (feeling exhausted when I wake up, having a hard time falling asleep, caffeine-induced nausea, and daily headaches to name a few). What I’ve found, however, is that it’s not so much the caffeine content that I like in these drinks, but the taste. That doesn’t help me when it comes to Celsius, but it does when it comes to tea! A cup of English Breakfast is like comfort in a cup, and it’s not something I’d want to give up. So, while I slowly ween myself off of high caffeine consumption, my goal is to replace my caffeinated beverages with decaf or herbal options after 2pm. At some point I think I’ll be able to go 100% decaf, but that time is not now!

Work has gotten a lot busier for me over the past few months, so it’s been hard to keep up with making healthy and nutritious meals at home. I think my husband and I are both feeling it – we need to start eating better again! When we first got married, I was making all kinds of elaborate recipes that called for long lists of ingredients and a lot of prep time, but that’s just not realistic for us right now. So, my goal is to try two simple recipes each week. They don’t have to be fancy or exotic, they just have to be healthy and filling! When you’re only cooking for two there’s often plenty left over, so two recipes can cover our dinners for almost an entire week – I think that’ll be a great place to start!

5. Limit Alcohol to 2 Drinks a Week

For a little while there, I was getting into the habit of having a glass of wine after work almost every day. There are so many other ways to unwind after a long and stressful day, so I’m really looking to cut back. Back at the tail end of summer, my father-in-law gifted us a Sodastream so we could make sparkling water at home, and we loved it! I bought all kinds of Skinny Mix cocktail mixes (the Cosmo is one of my favorites), and instead of adding alcohol, I would just add sparkling water and lime and serve it in a fun martini glass! We’ve been needing to refill our CO2 cartridge, so that’s definitely going on my to-do list this week – then it’ll be back to making mocktails! I want to leave myself room to enjoy a mimosa at brunch or have a drink with a friend, but alcohol does not need to be a part of my daily life.

Have you set any goals for yourself this year? If so, how are you progressing? I’d love to hear about it! 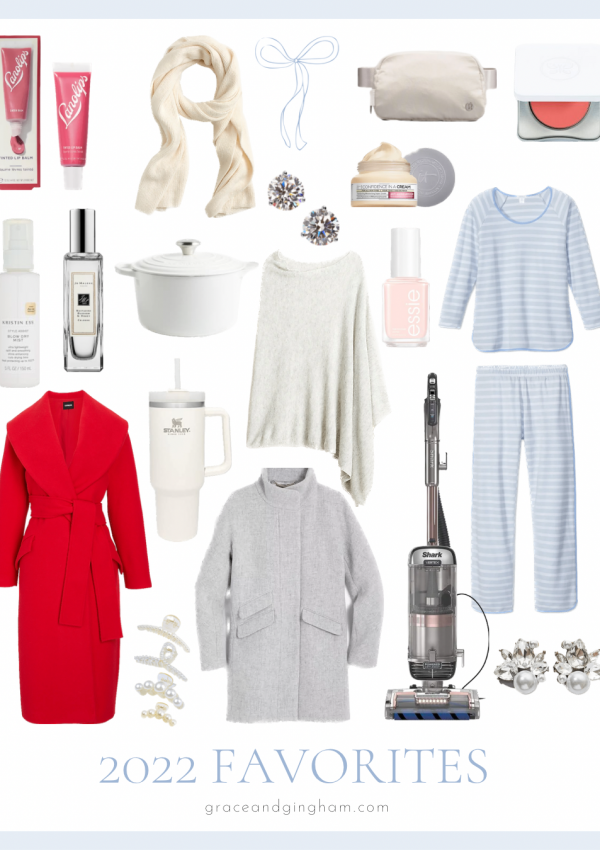 My Favorite Purchases of 2022 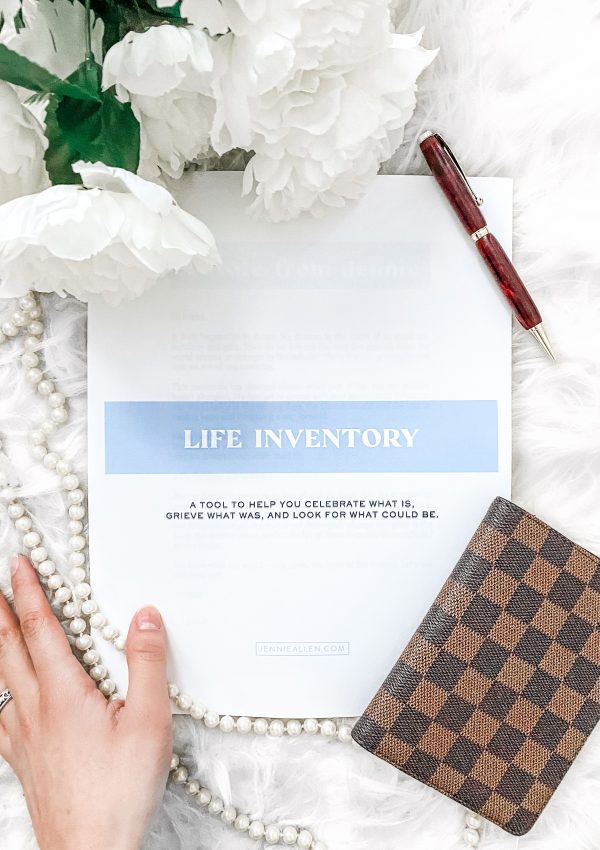 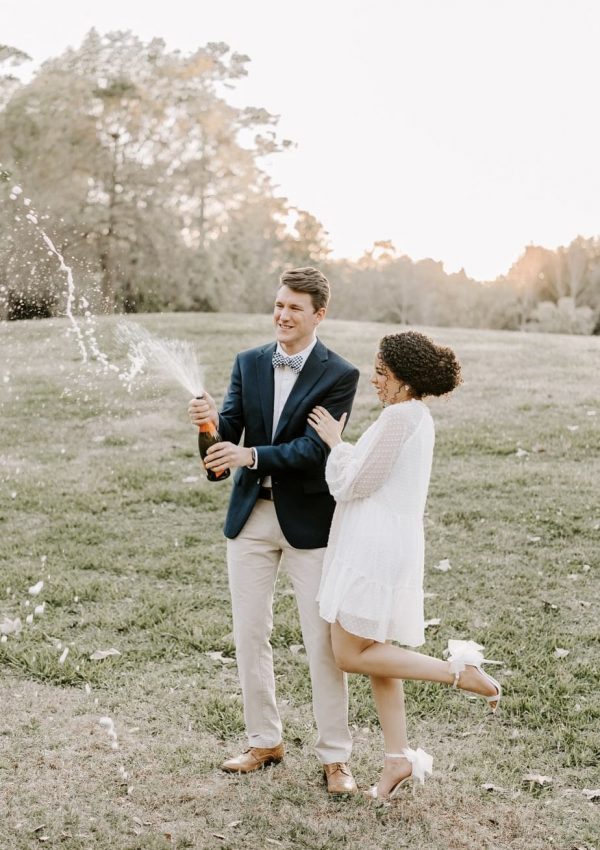 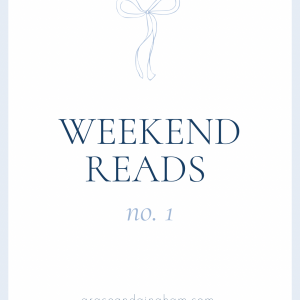 By Grace & Gingham is a classic fashion, home, and lifestyle diary by Malia Mears. Follow along for colorful living and attainable luxury for both the wardrobe and the home.